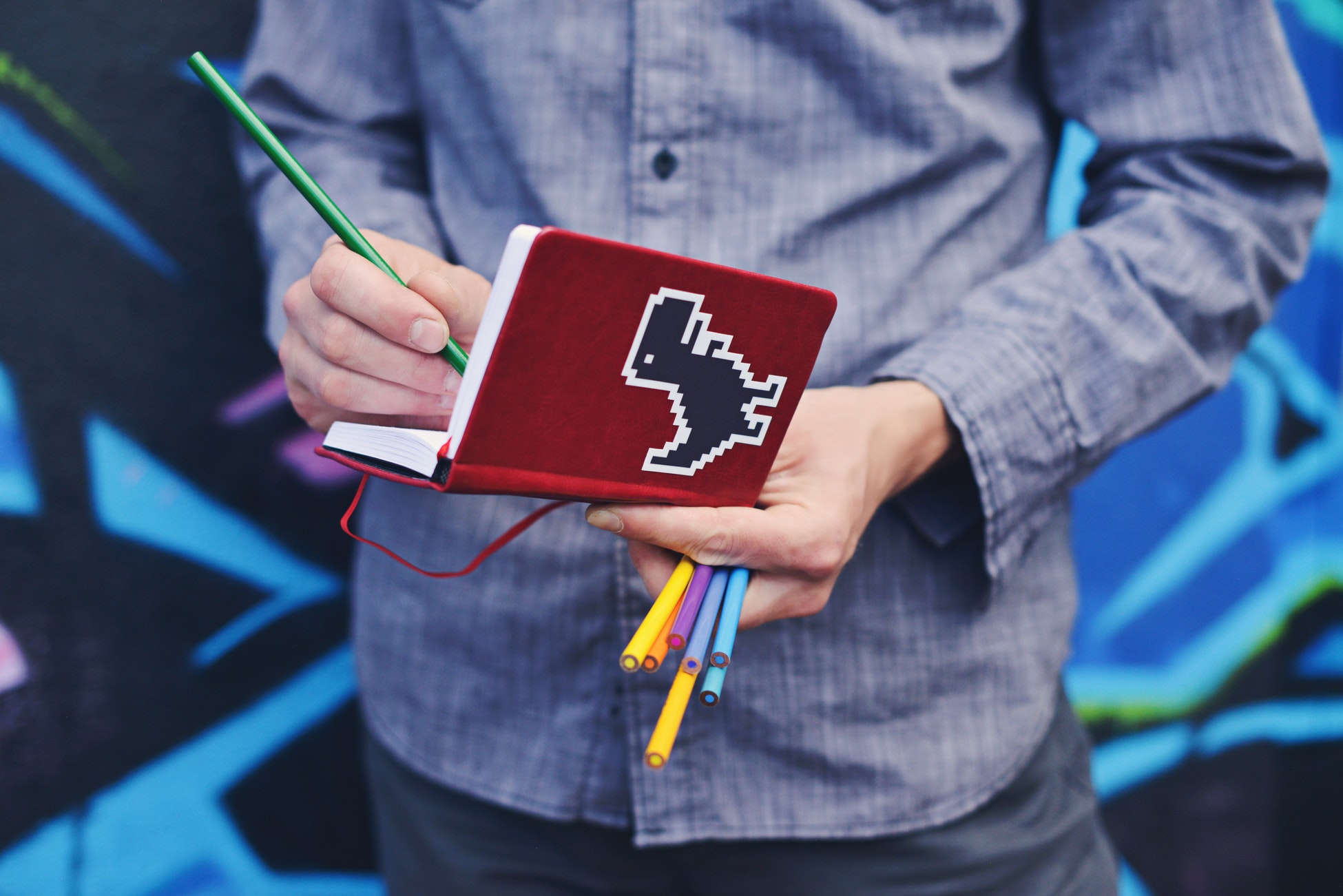 Commas are among the most misused and overused punctuations in the English Grammar. As there are many rules pertaining to the usage of commas, its abuse isn’t too surprising. While there are often many subtle aspects to look out for, here are the ways you can correctly use the comma.

Denoting a tinier break in any sentence, commas are softer to use than periods. Used in sentences for a mild interruption, commas are used to separate different words and clauses.

Dr. Williams is my brother. (Correct)

When there is a unique, long or complicated sentence structure, it is important to not get confused about the placement of commas.

Example: Everything that is a part of wildlife sanctuaries, needs to be protected. (Incorrect)

Everything that is a part of wildlife sanctuaries needs to be protected. (Correct)

I need to buy eggs, bread, cereal, and cheese, from the grocery shop. (Incorrect)

I need to buy eggs, bread, cereal, and cheese from the grocery shop. (Correct)

Commas and Nouns in a Compound Subject or Object

Example: Dr. Williams, and Dr. Hugh will be giving a speech. (Incorrect)

Dr. Williams and Dr. Hugh will be giving a speech. (Correct)

Comma and Verbs in a Compound Predicate

Example: She was supposed to collect the cheque, but she fell sick. (Incorrect)

She was supposed to collect the cheque but she fell sick. (Correct)

Unless it could be misread, commas should not be used in compound predicates. In the below example, the comma needs to be placed to clarify that it was Natalie who grinned, not the small boy.

Example: Natalie saw a small boy who ran towards her, and grinned.

All About Comma Splices

Example: She needed her glasses, I got it for her. (Incorrect)

She needed her glasses, so I got it for her. (Correct)

She needed her glasses so I got it for her. (Correct)

She needed her glasses; I got it for her. (Correct)

She needed her glasses. I got it for her. (Correct)

To introduce a sentence, commas are typically placed after participial phrases:

Commas can also be used after short phrases if there is a desire for adding significance, literary effect or short pause. However, do not skip the comma if there is any chance of writing a misleading sentence.

Example: After many weeks, I finally went for a long hike.

In sentences that contain comparisons, avoid using commas before or after the word than.

Example: She is a lot tougher, than she looks. (Incorrect)

She is a lot tougher than she looks. (Correct)

As it contains logical thinking, math is easier than, art. (Incorrect)

As it contains logical thinking, math is easier than art. (Correct)

Commas and Interrupters or Parenthetical Elements

Example: I despite my ill health earned a promotion. (Incorrect)

I, despite my ill health, earned a promotion. (Correct)

Selling his vintage furniture unfortunately was the only option left. (Incorrect)

Selling his vintage furniture, unfortunately, was the only option left. (Correct)

Used at the end of sentences, question tags are small phrases or single words that turn statements into questions. A good use of question tags is to persuade readers to concur with the statement. It is vital to write a question tag after placing a comma.

Example: It is a good decision to buy a car, right?

This dress looks good on you, doesn’t it?

Precede personal names or titles with a comma when addressing to them.

Mr. Williamson, do you need help?

A word or phrase, appositives mention the same thing as a different noun in that particular sentence. Providing extra information, appositives help in understanding or differentiating the context of the matter. If appositives can be erased without affecting the sentence’s message, it is then called nonessential appositives and should be accompanied with commas. Alternatively, the appositive shouldn’t be accompanied by commas if it is essential.

Example: My friend, Will, is going on a road trip. (Nonessential Appositive)

Susan and her pet dog Bones is going on a road trip. (Essential Appositive)

Accompany the year with commas when you write in the month-day-year format. However, commas are not needed if you are using the day-month-year format. When making an acknowledgment to a particular day or date, remember to place a comma. If you are writing a month and a year, you can skip the comma.

She got married to her childhood sweetheart on Wednesday, April 15, 1999.

The new millennium began on the first of January 2000.

Example: The harsh, dry, arid and hot desert played tricks on my mind.

However, if the sentence doesn’t contain coordinate adjectives, refrain from separating them with commas.

The hot dry desert played tricks on my mind. (Correct)

Example: My friend Nick is a singer, but he is an even better actor.

Nick is a great singer but would succeed more if he becomes an actor.

Example: Andy is good at math, and science. (Incorrect)

Andy is good at math and science. (Correct)

I reached the office and my boss called an emergency meeting. (Incorrect)

I reached the office, and my boss called an emergency meeting. (Correct)

If a sentence consists of a list that has more than two things, place commas between each thing to separate them. Lists can consist of a number of nouns, verbs, adjectives or clauses.

As stated above, commas should separate things on a list that contains three or more items. However, the placing of the last comma before the word and is optional. This type of placement of a comma is called a serial or an Oxford comma.

The use of serial commas depends on the personal preference of a style choice. It doesn’t necessarily need to be used. However, if you choose to do so, keep your style consistent. Although, sometimes, using the Oxford comma is required to enable better clarity.

When punctuating with a comma, avoid separating transitive verbs from its direct object.

Offering additional information about things stated in a sentence, it doesn’t necessarily indicate the things it is referring to. To be followed by a comma, nonrestrictive clauses typically begin with which or who. A good way to identify nonrestrictive clauses is if the clause is removed, the sentence should still make sense.

Example: My brother’s laptop, that he loved, got stolen.

Providing additional information about things raised in a sentence, it provides valuable details that are important to understanding the sentence. Never to be followed by commas, restrictive clauses usually begin with that or who. A good way to identify restrictive clauses is if the clause is removed, the sentence will not make sense.

Example: The laptop that my brother uses got stolen.

Example: Quickly choose either cereals, or pancakes for your breakfast. (Incorrect)

Quickly choose either cereals or pancakes for your breakfast. (Correct)

Attributive tags recognize and establish the identity of the speaker of a piece of dialogue or quote. To be followed by commas, attributive tags can be placed at any part of a sentence. However, commas can be skipped if a quotation, that is placed before an attributive tag, ends in a question mark or exclamation mark.

Example: Connor said, “Thank you, I am doing well.”

“How are you doing?” Connor asked.

Example: “Pass me the salt,” said Amanda. (In British English)

His father called, “We’re going to the doctor immediately”. (In American English)

Used to provide additional information, parentheses are used instead of a nonrestrictive clause to avoid disturbing the natural flow of a sentence. While commas can punctuate a sentence after closing parenthesis, it must not be used before either the opening or the closing parenthesis. A good rule to follow is to not add commas if the sentence doesn’t need them if parentheses weren’t used.

Commas should never be placed in between an article and a noun. Despite pausing when speaking, there isn’t any need to have one in writing. If there is a need to use a pause in writing, use an ellipsis.

Example: She has moved the meeting, to the first week of June. (Incorrect)

She has moved the meeting to the first week of June. (Correct)

He loves to, draw and paint. (Incorrect)

He loves to… draw and paint. (Correct)

Commas and As Well As

Example: Don’t forget to wear your jacket as well as a pair of gloves.

Wearing a jacket, as well as a pair of gloves, is essential to staying warm.

Commas and Such As

Example: Tasty fruits, such as apples and oranges, are very healthy.

Fruits such as apples and oranges are both tasty and healthy.

While a comma can be placed before the word too, it is only to add significance or emphasis. That is why, this particular rule is optional.