Why Good Grammar is Important When Online Dating 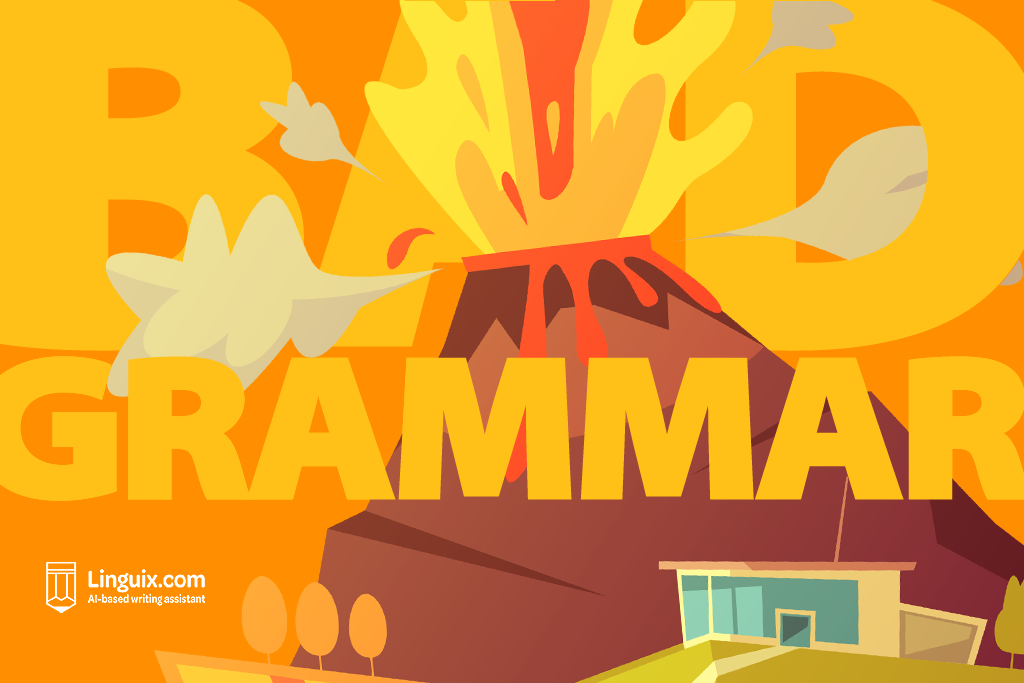 Believe it or not, in the competitive world of online dating, the way that you write matters! And it’s not just the content of your message, but the fundamental grammar and spelling that you use to convey that message.

Quite simply, to many people, simple grammatical and spelling errors reflect badly on you, and can be a sign (rightly or wrongly) of some deeper personality defect, such as laziness, carelessness, or even (perhaps unfairly) a lack of education and or general intelligence.

Indeed, research conducted in the Netherlands found this to be true in terms of online dating: that careless mistakes send out entirely the wrong message to potential mates.

With this evidence in mind, what are some of the most obvious errors to watch out for?

And let’s be honest, with an absolute plethora of spell- and grammar-checking software out there (like Linguix), there is really very little reason to make any spelling mistakes, simple or otherwise.

The fact is, most of these mistakes are made because we do things in a hurry. We often type on our phones while on the go, so it is inevitable that mistakes will be made. That’s why it is so important to re-read everything you have written before you hit ‘post’ or ‘send’.

If people see your sloppy spelling mistakes as you just not taking the time to be careful, then they are probably right. And is it really unfair to then let this influence their judgment of you on an online dating site? After all, all people can do is interpret all of the images and text in front of them to ascertain what kind of person is on the other side?

The same study in the Netherlands discovered that sloppy spelling actually influenced perceived attractiveness. So that means bad spelling and grammar can actually make you less attractive to the other person on the online dating site! So, if you want to be gorgeous, use spell-check, and proofread!

People like to show off their personality with the way they use emojis and exclamation points, but overdoing it with this punctuation tool, or likewise being careless with commas and periods, can also have an effect on the way that you are perceived on an online dating site.

Your quirkiness with the exclamation points may be seen less positively by others (are you shouting? Or are you constantly amazed by everything!!!!!!!!)

And don’t forget that missing punctuation can also lead to misunderstandings. Sometimes serious!

There is a correct way to use capital letters, but even more interestingly perhaps, the way that people use capital letters has come to symbolize their personality, at least according to research conducted into some online daters. The use of correct capitals, although correct, may in fact represent a sort of conservatism in the person, while someone who uses all lower case may be seen as being a bit more relaxed. Undoubtedly, over-use of caps (LIKE THIS) is to be avoided at all costs, as it can look unnecessarily aggressive, or shouty!

But what about the typical demographics of these grammar-focused daters?

Unsurprisingly, the research conducted in the Netherlands focused on older online daters. Younger people tend to be a little more relaxed about things, but that still doesn’t mean that poor grammar and spelling will not reflect badly on you.

According to research conducted by Zook, an online dating website, women care more about correct grammar and spelling in profiles and online messages than male daters. Perhaps that is because women look at the bigger picture in general when considering the suitability of a date. 65% of women polled by Zoopla considered it a potential reason to say ‘no’, while only 40% of men agreed. We can only speculate as to the reasons for this!

If you are trying to make a good impression, everything is important. And in the sphere of dating, where choices are so arbitrary anyway, why give someone the reason to ignore your profile, when you could be giving them the reason to give you a chance! And this, it seems, is particularly true if you are looking to attract a slightly older female companion!