The verbs ‘make’ and ‘do’ in English, and why they cause so many problems 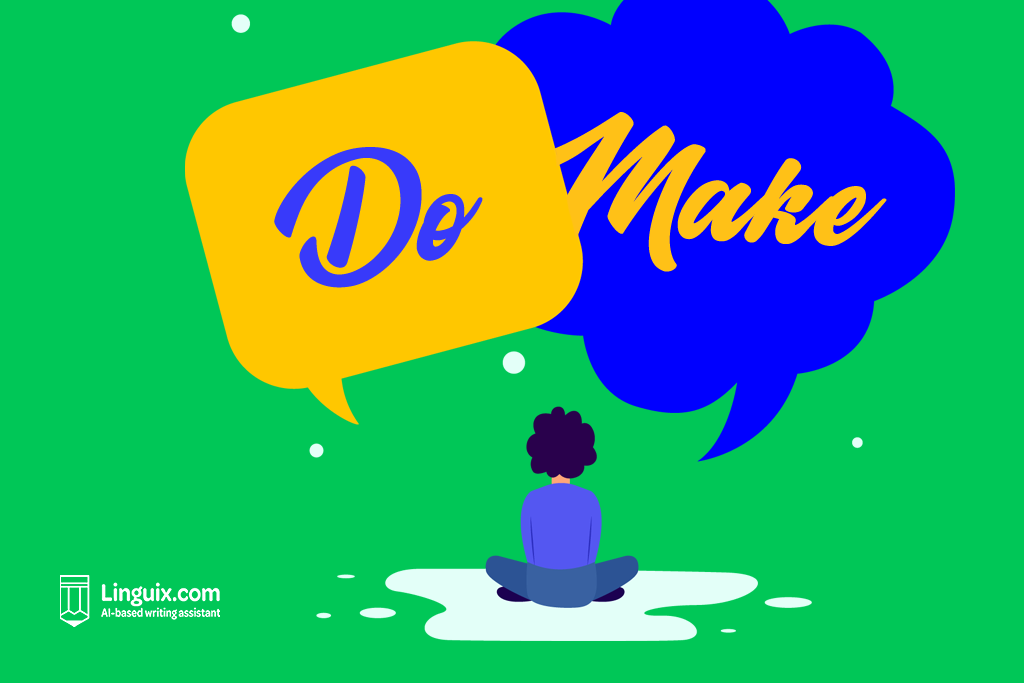 The verbs ‘make’ and ‘do’, for learners of English, cause many problems. The reason for that fact is simple: in many other languages, the two verbs often have the same meaning.

Another reason for the problems caused by these two verbs in particular comes down to one simple concept: collocation. Collocation is defined by the Oxford dictionary as “the habitual juxtaposition of a particular word with another word or words with a frequency greater than chance”.

To simplify this concept, collocations are words that you would expect to find together in a particular language, when not referring simply to sentence structure.

“The Empire State Building is a very tall building.”

In these cases, the adjectives ‘tall’ and ‘high’ have exactly the same meaning, but it wouldn’t sound right to call the Empire State Building a ‘high building’ (‘high-rise’ would work).

Similarly, you wouldn’t call Mount Everest ‘tall’. There is no reason for this other than this has become the historical and cultural norm in English, to describe buildings as tall and mountains as high. This is a perfect example of a collocation.

So how does this relate to the verbs ‘make’ and ‘do’? Well, because in many circumstances, the decision to use ‘make’ or ‘do’ is based only on the frequency by which native speakers say it, therefore the phrase becoming ‘normal’. Here is an example:

To a native English-speaker, the choice is simple, but to someone of another language, there can be nothing simple in deciding what is the correct the verb to use, especially if those two vrbs have the same meaning in your mother tongue. This is the frustration of collocations when learning another language.

How to learn collocations

Learning collocations, therefore, really comes down to experience. How well can you trust your ear when speaking the language? For that is what native speakers of any language do when they speak their language; they don’t think about the grammatical rules, they speak on instinct and the ability to recognize the correct sounds.

Listening to as much English as possible, and then making a note of these word combinations, is the best approach to take. Once you have identified a collocation, write it down, create an example sentence that is relevant to you, and then repeat the sentence frequently until the sound becomes fixed in your mind.

The best way to distinguish between ‘make’ and ‘do’ in English

Luckily, there is some logic to the way English speakers apply the verbs ‘make’ and ‘do’.

‘Make’ is applied when something is created, established, designed or invented that did not exist before the intervention of that person.

‘Do’, on the other hand, is used when an activity, which already exists, is completed. Let us look at some examples:

In this example, the mistake did not exist before the intervention of the person speaking. He or she created that mistake.

“I need to do my homework tonight.”

Homework is not created by the student. The activity is prescribed by a teacher, and the student then completes the activity, or is a participant in it.

Here are some more clear examples of where ‘make’ represents the creation of something, while ‘do’ is the participation in an activity:

Unfortunately, this will not always help you. On other occasions, as seen, the choice is simply based on collocation. In this case, you must learn the expression by heart.

However, the good news here is that many more examples follow the rules than break them.