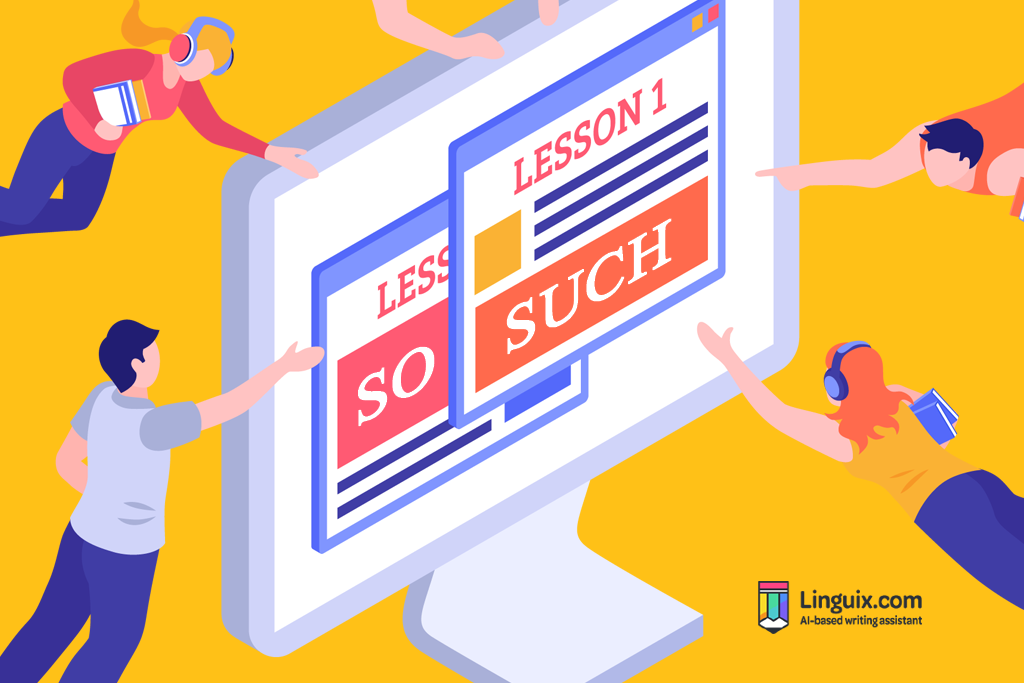 It’s one of the most common mistakes made by English learners: not using the intensifiers ‘so’ and ‘such’ in the correct context. Here are some examples of typical mistakes:

‘So’ and ‘such’ can often mean the same thing, but have their own distinct structures to remember.

Here is everything you need to know.

First of all, it is important to understand that ‘so’ has different functions. Here we are concentrating on ‘so’ as an intensifier (meaning ‘very’ or ‘really’), not as a conjunction (that means ‘because of this’)

Grammatically speaking, ‘so’ is used before an adjective or an adverb to make the situation more extreme.

In both of the examples above you could directly replace ‘so’ with ‘very’ or ‘really’.

But you can also use ‘so’ before ‘much’ and ‘many’ to increase the amount of something.

‘He has so much money.’ (for uncountable nouns)

‘She can speak so many languages.’ (for countable nouns).

Note that ‘very’ and ‘really’ cannot be used here. Also, note that you cannot use ‘so’ with ‘lots of’ or ‘a lot of’

Such performs the same function as ‘so’: to increase the intensity or quantity of something. However, unlike ‘so’ (and also unlike ‘very’ or ‘really’), ‘such’ must be proceeded by a noun (with or without an adjective).

Here are some examples:

‘He is such a good friend.’

‘She is such a dreamer’ (An extreme example of a dreamer)

When it comes to using ‘such’ to increase the quantity of something, then it is only used with ‘a lot of’ (not ‘much’, ‘many’ or ‘lots of’).

‘Jenny has such a lot of good ideas.’

‘There are such a lot of nice places to visit in this city.’

Comparing ‘so’ and ‘such’

The fact is that ‘so’ and ‘such’ can be used interchangeably, as long as you remember to adapt the rest of your sentence structure accordingly.

‘I am such a happy person right now’

‘Those dogs are so aggressive.’

‘They are such aggressive dogs’

‘Sarah has many friends.’

‘Sarah has such a lot of friends.’

‘Jerome eats so much food.’

‘Jerome eats such a lot of food.’

Follow these simple grammar rules and you never need make this type of mistake again.

Another commonly shared of ‘so’ and ‘such’, and something that is very different from ‘very’ and ‘really’, is that these words can be used in a sentence to show the result of something. For example:

‘I was so hungry (that) I ate two whole pizzas.’

‘I had such a good time (that) I want to go back there next year.’

This is never possible with ‘very’ or ‘really’

‘I was very hungry (that) I ate two whole pizzas.’

‘I had such a good time (that) I want to go back there next year.’