Simple Mistakes in English That Can Make You Look Bad 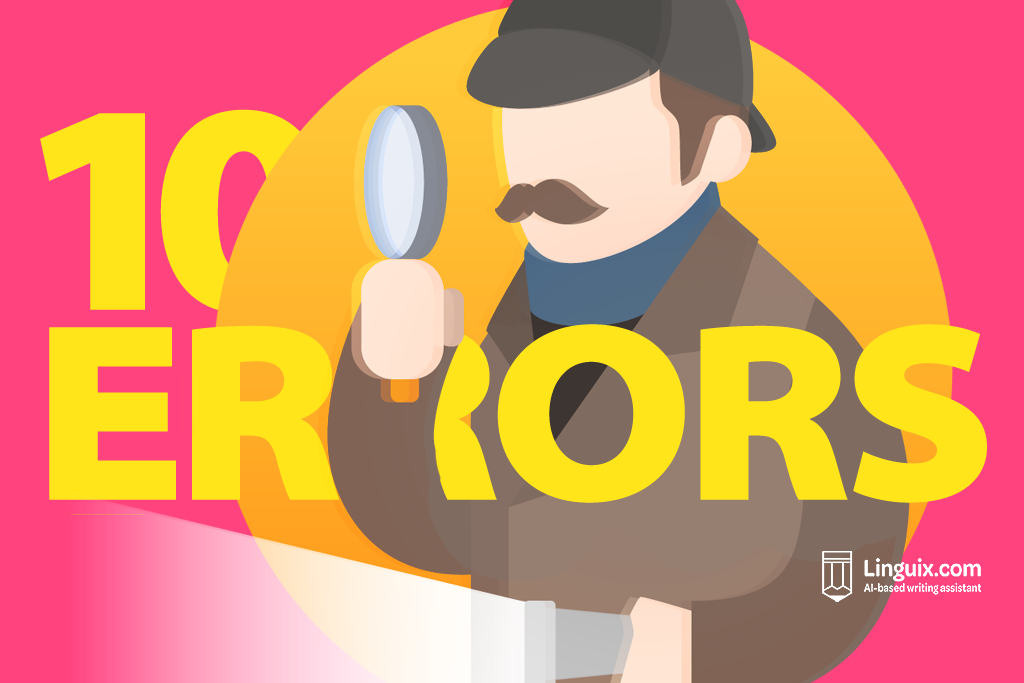 Whether you are learning English, you speak it competently as a second language, or you are a native speaker, making simple mistakes in English is not only frustrating but at times it can make you look bad.

Think about a work email that contains simple errors that you missed, or even going to the trouble to getting a brochure printed or sign made, only to discover that there is a ridiculous mistake included that ruins the credibility of what you have done. What about the power of a Tweet or Facebook post that takes the edge of your message through a simply-yet-glaring mistake?!

It can and does happen, to all of us, and we all have our own little areas of English where we make repeated mistakes.

The trick is to be careful in the first place, be aware of your problem areas, and then proofread everything that you produce before you send it/post it/publish it/print it and so on. Here are some particularly frequently made (and simple) mistakes to look out for:

‘I have two meeting’s tomorrow.’

1) Because it is a possessive

2) To signal ellipsis (something missing, such as a letter – used in contractions)

Which one is this?

It’s neither – it’s a plural, so no apostrophe should be used!

One word to be very careful with is when you use ‘it’ as a possessive = its. Note there is no apostrophe, which is to distinguish the word from the contraction of it is.

Their, there or they’re?

As long as you know the difference between the meanings of these words, you should never really make a mistake. But people do, frequently! Even native speakers have problems when they are communicating quickly. If you stop and think, it should be easy to distinguish between them. So:

their = belonging to them (It’s their car, not ours!)

there = a pronoun representing a place or the existence of something (It’s over there!)

too = as well, or to say that there is an excess of something (I liked it too, although it was too long!)

to = a simple preposition (We went to Spain!)

99% of the time, these mistakes are just carelessness. So be careful!

Then or than? Specially or especially? Affect or effect? Lose or loose?

Now, all of these pairs of words sound similar but are far from the same. Mispronouncing while speaking is very possible, but when you are writing, there is no reason for making these mistakes as long as you 1) understand that these words are different and 2) know what each word means. Here we go:

then = after, or at that time (We went to the cinema, then we went home.)

than = a preposition used in comparatives (I’m taller than you.)

specially = done in a special way (I got these shoes specially made.)

especially = one above all others (I like movies, especially westerns.)

effect = the noun (Smoking has a negative effect on our health.)

lose = a verb meaning the opposite of ‘win’ (I hope we don’t lose the match.)

loose = an adjective meaning the opposite of ‘tight’ (My trousers are very loose.)

They are different! Now just be careful!

Making mistakes with the subject and verb complementation

This is usually a learner mistake but is an error that can also be made when proper proofreading is not performed. Let’s have a look at a few example mistakes:

‘She have been living here for 10 years.’

‘The people is very happy.’

Learn the grammar rules first, and then make sure you proofread everything, checking for this precise type of mistake in particular.

Spelling is a contentious issue, mostly because some people think it’s really important while others think it is not important at all. Certainly, with the increase in mobile communication devices and instant messaging, the way that we chat with words has become a little more fluid: ‘How R U?’

But, of course, there is a time and a place for every type of communication. And in a professional context, it’s important to be as accurate as possible.

But how many times have you read something on Twitter, for example, that has lost its message, gravitas or even meaning through poor spelling and grammar?

It’s always a good idea to be able to trust yourself to recognize some of your most common mistakes when it comes to spelling. Here are some typical categories of mistake:

This causes a lot of heartaches.

In school, many native speakers are taught a rule to tackle this problem: ‘i’ before ‘e’ except after ‘c’.

The problem is that this rule is so regularly broken that it’s barely worth having it at all.

Here are some examples:

Double letter or not?

There is a rule in English that when you make a participle of a word (for example, run – runner) then you double the consonant if the last three letters of the original word (in this case ‘run’) are consonant-vowel-consonant. This really helps.

However, then there are loads of other words that you just have to remember. For example:

Have you ever been caught out by one of these classic words? Learning by heart is the only way.

We’ve all been there: saying a word over and over to try and remember if that vowel sound is an ‘a’, or an ‘e’. It could even be an ‘i’! One thing is for sure, the pronunciation isn’t going to help you.

Here are some classic examples:

Don’t let your writing lose its message through a litany of simple spelling, punctuation and grammar mistakes. Be aware of where your weaknesses lie. And proofread!